Hello! Here’s this month’s WWW Wednesday, I’ve noticed that I do one of these nearly every month actually, I think it’s a fun way to share what I’ve been reading lately.

This is a cool weekly meme hosted by Taking on a World of Words, and formerly hosted by MizB @ Should be Reading

The premise is to basically answer these three questions:

1. What are you currently reading?

2. What did you recently finish reading?

3. What do you think you’ll read next?

Lucky in Love is on my phone in digital format while Glass Sword is hardcover physical.

I recently finished reading Daughter of the Burning City by Amanda Foody and Geekerella by Ashley Poston. 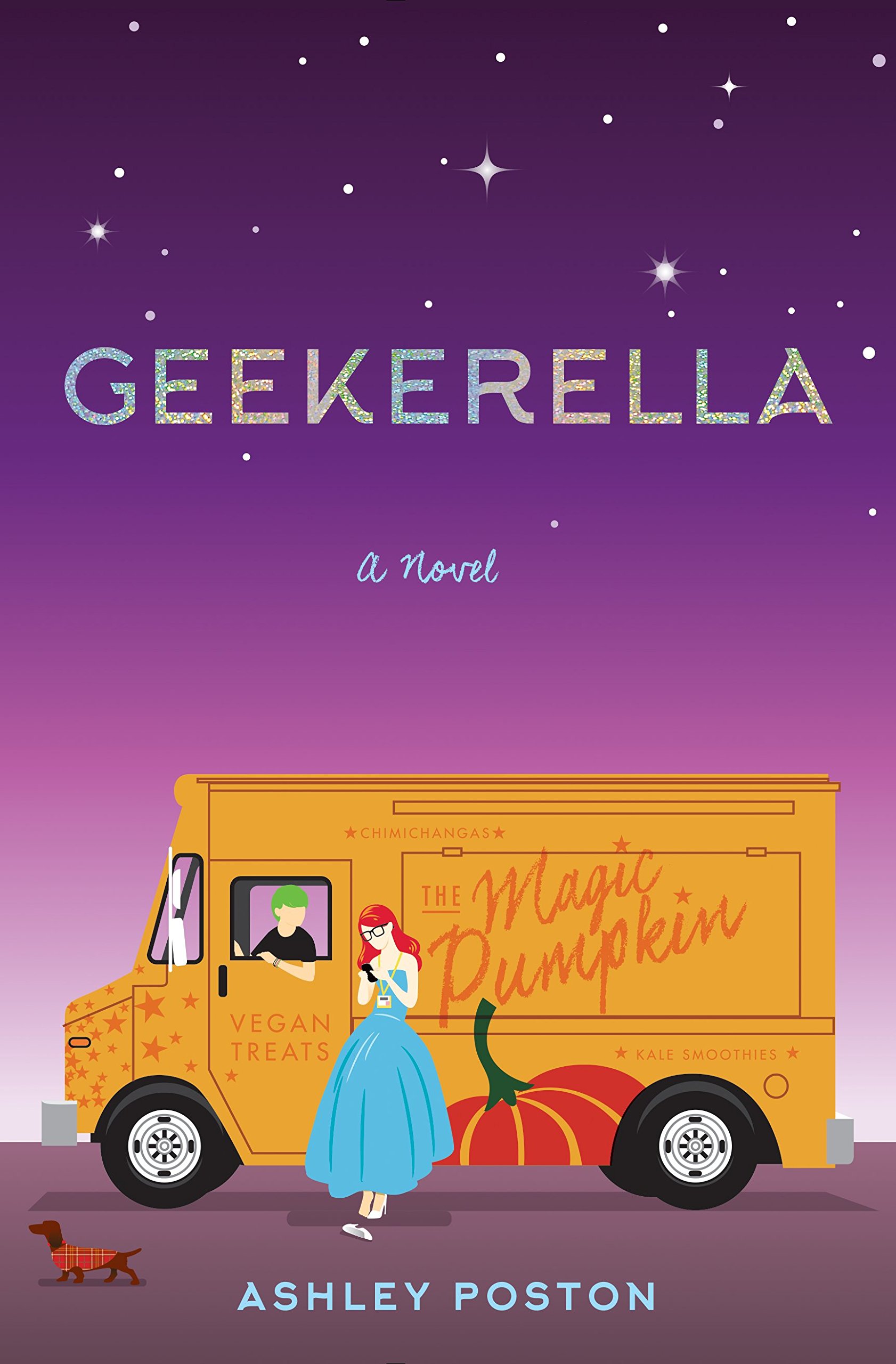 I thought Daughter of the Burning City was really good, and Geekerella was a light quick read that was really un-realistic but still kind of cute.

I’m going to read next The Gentlemen’s Guide to Vice and Virtue by Mackenzi Lee, King’s Cage by Victoria Aveyard and Queens of Geek by Jen Wilde.

I’m excited about all three of these books because I’ve heard such great things!

What are your 3 W’s? Link me up with your posts!

P.S. I’ve read 72 books out of 100 for my Goodreads reading challenge! Yay, go me! How are your challenges going? 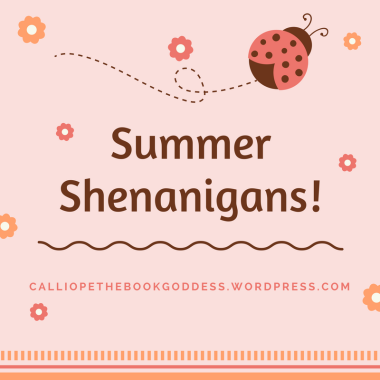 So summer is drawing to a close and school is starting up again in two or so weeks. I’m going to be a senior in high school and it will be my last first day of school!

My summer was pretty boring to be honest, I didn’t go anywhere or do anything exciting but I did some small things. I thought I’d make a post in the form of a list, enjoy!

(Also shenanigans means mischief technically and I didn’t really get into any of that so irony right?)

1. I went to adventureland with my brothers and mom and to NYC for the day with my family. I also went to BookCon but that was in June before school let out, so it doesn’t really count.

2. I pretty much worked all summer. I’m a lifeguard at a pool and I got so many hours this summer, much more than last summer when I worked at a different pool. (Am I throwing shade, low key yes). I ogled over cute boys at work obviously also. There’s this one coworker who I am majorly crushing on but he’s like 20 going on 21 and I am 16 going on 17 so like there’s no way that’s happening.

3. I watched some movies and tv shows! Finally I watched Wonder Woman and Beauty and the Beast! I also have Doctor Strange and Deadpool that I’m going to watch soon! I watched some tv shows also like Shadowhunters, the Bold Type, and I finished Season 3 of Greys Anatomy but I won’t be continuing. I also had a free Netflix trial where I watched Haters Back Off, New Girl and the Gilmore Girls revival!

4. I read a lot of great books, and a few not so great ones. I did the summer reading program at my library and got chosen to be on the Teenreads.com board which is very exciting!

5. I did my summer assignments and wrote a 3000 word essay. Also did some SAT studying because I’m retaking it in October.

6. I went to my local performing arts theatre and saw Oklahoma and Grease. We have season tickets so I’m also going to be seeing Annie, Once, Singing (Singin’)? in the Rain and Gypsy.

7. I had taekwondo training basically every Saturday and a dance showcase. Today I’m going to my grandma’s birthday party at a Russian restaurant which I’m excited for! I also did a lot of running since I’m training for cross country which starts next week and my half marathon in November.

8. I also listened to some new music, Dodie’s new EP YOU is amazing, In the Middle and Would You be so Kind are my two favorites. Also Kesha’s new stuff is amazing. And Dua Lipa’s New Rules is stuck in my head!!

9. I didn’t date any boys but that’s okay because college is around the corner and cute boys will be there…unlike in high school.

10. I blogged! I revamped my blog with a new theme and published more posts than I had during the school year and commented and liked other people’s posts more!

How was your summer? Did you do anything fun?! Let’s chat!

I’m back with a WWW Wednesday!

This is a cool meme hosted by Taking on a World of Words, and formerly hosted by MizB @ Should be Reading

Essentially, you have to answer three questions:

1. What are you currently reading?

2. What did you recently finish reading?

3. What do you think you’ll read next?

I’m currently reading The Last Day of Captain Lincoln which was sent to me for review, as well as the White Rose by Amy Ewing 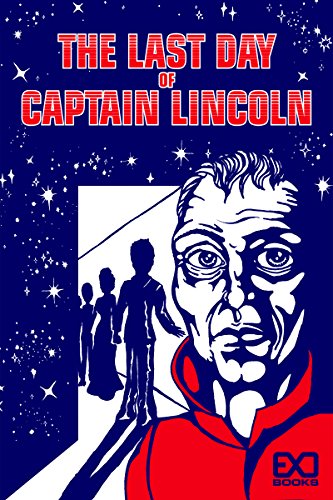 I recently finished Smut by Karina Halle, Blackmail Boyfriend by Chris Cannon, and P.S. I Like You by Kasie West. 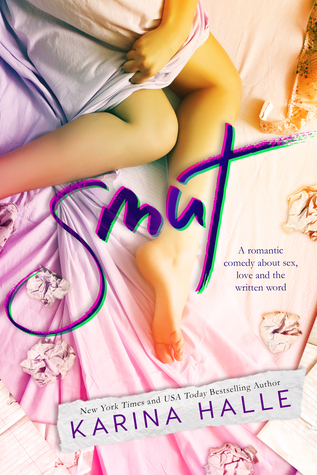 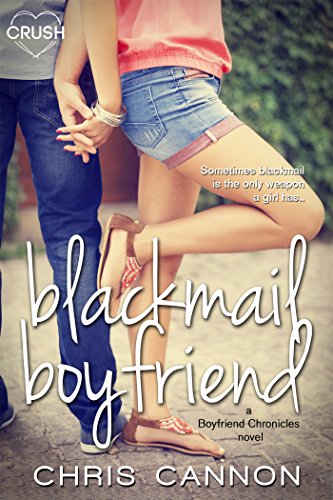 As you can see, this week I had a bit of a summer contemporary freakout when I realized I barely read any contemporaries this summer and it was already August.

I also have a few books on hold on live-brary:

Harry Potter and the Cursed Child, Yellow Brick War by Danielle Paige, It Ends with Us by Colleen Hoover, After You by Jojo Moyes, and a Darker Shade of Magic. But I’m not holding my breath for those books this month because I have like 5 people ahead of me for Cursed Child and it Ends with Us.

What are your 3 W’s? Link me up with your WWW Wednesday’s and I’ll be sure to check them out! 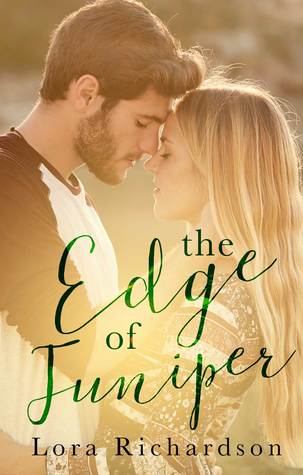 The Edge of Juniper by Lora Richardson

“You’re off-limits, so why can’t I stop thinking about you?”

Fay Whitaker, sixteen years old and yearning for adventure, is excited to spend the summer with her fearless cousin Celia in small-town Juniper, Indiana.

But Fay soon discovers that her summer home is not what she expected. She is alarmed by her uncle’s temper, and learns of the grudge he holds against the Dearing family. Celia handles the tension at home by escaping with her boyfriend, leaving Fay with time on her hands—time that leads her straight to Malcolm Dearing, off-limits because of his last name. Fay is captivated by Malcolm’s warmth and intensity. She finds that trying to stay away from him only makes her think of him more.

Fay and Celia are launched on a journey, and each must attempt to navigate the thrilling and unpredictable world of love. Everything Fay thinks she knows about love is put to the test, as relationships unfold and reveal themselves in ways she never before dreamed.

This is my second book by Lora Richardson, and I see so much improvement in her writing and my enjoyment of this book was very high.

There is a kind of insta love thing going on here, and as a person who doesn’t hate insta love, I found it cute.

I also loved that small town kind of feel, where you can walk places and don’t NEED to have a car. I live in a town that’s not really a town. Like it’s a town but there is no main street of shops and things and walking places takes forever and it’s basically a necessity to own a car, so the contrast between Juniper and my own town was nice.

There are themes in this book like divorce and alcoholism, things that teenagers deal with in their every day lives, but aren’t always mentioned in books. These themes added a touch of realism to the book. Like yeah it’s summer and the town and the love story are cute but hello it’s also life and other things are going on .

I related a lot to many of the themes both though my own experience and those of my friends.

I couldn’t help but picture Nick Bateman as Malcolm, and the guy on this cover even looks like him so that fit pretty much. Speaking of which, I love the cover how summery it is and then that green lettering and font is so pretty.

It still continues to shock me that people have sex so young, like when Celia said that I was like, really? She’s only 15! But so many people, even in my own school have sex that young and it makes me feel confused and how that’s even possible…but whatever, I’m going off topic here.

Oh! At the end when Fay’s mom bought those condoms for her! I was like woah, that’s both so trusting and sweet of her.

I also thought that the ending was a little too perfect and happy. I did wonder at the end what happens to the marriage between Donna and Tod though later as time goes on.

As summery contemporary with themes that teenagers could relate to and experience a lot these days.

Have you read this book!? Are you going to add it to your TBR now? Cause you should!