Hello! I’ve been tagged by Raven @Dreamy Addictions and Rae @ Bookmark Chronicles to do the Burn, Reread, Rewrite

-Randomly choose 3 books.(You can use the ‘Random’ option on your Goodreads read shelf.)

-For each group, decide which book to burn, which one to rewrite, and which to reread.

-Repeat until you completed three rounds. (I decided to do five rounds) 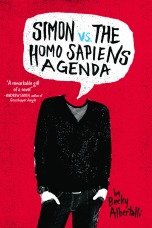 Burn: Cruel Beauty by Rosamund Hodge. It was just a really confusing book that was strange and definitely a series that I do not plan on continuing.

Rewrite: I think Magonia was a book that had a lot of potential, but fell short because of boring writing and a main character that was hard to like, so if it was rewritten, maybe I’d like it better.

Reread: Simon vs. The Homo Sapiens Agenda. I loved this book! It was cute and funny and sure, I’d love to reread it.

Burn: It’s difficult but I’d choose to burn the Unbound. As a sequel, this book just fell short and was boring.

Rewrite: Dumplin’ was a highly enjoyable read that was missing that extra something to make it really good, so maybe a rewrite would give it that extra oomf.

Reread: Colleen Hoover is forever my favorite NA author and this book went in a pretty dark direction, but nonetheless was written amazingly.

Burn: The Heir. While I did like this book, Eadlyn was really annoying as a character and I didn’t feel attached to this book like I did with he first three in the original trilogy. Speaking of which, I still have to read the Crown, the last book in the series.

Rewrite: Air Awakens. I loved this book a lot, but I loved Heir of Fire more which is why Air Awakens is getting a rewrite.

Burn: The Last Dragonslayer. It’s not like this was a bad book, it’s just that it read like middle grade and was so annoying because it was about this totally fantasy world that was so childish.

Rewrite: The Jewel. This one had such a promising plotline but feel short. I really don’t know, it just was a frustrating read and if it was written differently maybe I would have loved it.

Reread: Once again, SJM is awesome. ACOTAR is awesome. I just finished A Court of Mist and Fury, and it was also awesome.

Burn: Soundless. This book was okay. Nothing speical though. Right now, I just finished the Glittering Court and really disliked it. I’m kind of wondering if maybe Richelle Mead was a one trick YA writer with Vampire Academy because her most recent YA novels have been pretty bad for me.

Rewrite: Clearly Harry Potter cannot be rewritten so the Prince’s Gambit it is. I would have it rewritten so that it was LONGER, because this trilogy had waaaaay too few pages and I just needed more!!!

Reread: Yeah, so Harry Potter and the Prisoner of Azkaban is getting a reread! I’ve reread this book so many times already though.

And that is all! If you want to do this tag, let me know and I’ll add you to the list