Hi! Jackie @ Fall in love with the sound of words tagged me to do the Totally Should’ve Book tag! Thanks so much Jackie! If you click on the link to her blog, it takes you right to Jackie’s version of this tag 🙂

I know I talk about this trilogy often, but I still maintain that it totally should’ve gotten a sequel! After finishing the last book I just sat there is shock, like is there no more?! And was so disappointed when I realized there wasn’t any more.

Totally Should’ve Had A Spin-Off Series

Actually, Red Rising IS getting a spin off series so I’m very satisfied with this!

I definitely agree with Jackie about Allegiant here but also The Crown by Kiera Cass because the ending was just politically shocking and inaccurate I think too.

Totally Should’ve Had A T.V . Show

As long as it’s done well can you imagine how epic this would be??? Oh my god with the right cast this could be amazing!

Totally Should’ve Had A Film Franchise

When reading Six of Crows I really noticed how action packed it was and how the book almost read like a movie script so an actual Six of Crows movie would be so much fun to watch, as long as it’s done well of course.

Totally Should’ve Had One Point of View

For me, I know I kept getting confused between the Four chapters and the Tris chapters. Like if it weren’t for Veronica literally writing it at the top of each chapter I’d be so confused because their thoughts were really similar.

Totally Should’ve Had A Cover Change 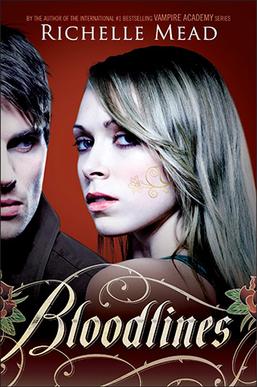 I feel bad for always mentioning the Bloodlines series by Richelle Mead, it’s my go to terrible cover…but also I feel like all of the NA covers that have shirtless guys on their covers…it’s like how am I supposed to read this book in public without being judged?? Though they are pretty nice to look at in private…

Yikes this is just a bad book overall. I thought it would interest me since it’s about Russian folklore and being first generation Russian I grew up with these stories..but it was just bad.

Thank god the Winner’s Trilogy changed their covers back otherwise they would have to go up here.

But the Princess Diaries aren’t for little kids, they have some teenager content and I read them in elementary school granted, but the main character is 14 and by the end of the series she’s 18, and I wouldn’t suggest these book until middle school at least. Anyways, so the cover change made them look more for younger readers and I don’t really agree with how childish the new covers are.

Oh this book for sure. I didn’t think I would like it and indeed after reading a few chapters I wasn’t really into it, but thank god I finished it because it was great!

And that is all! If you want to do this tag, let me know and I’ll add you to the list of people I tagged 🙂

Thanks for reading! I’m having a birthday giveaway in 2 days so watch out for that!