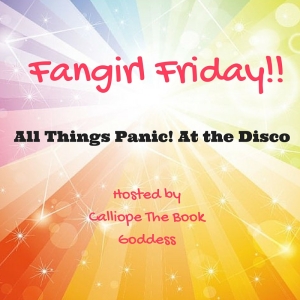 Hi! So as many of you might be aware, I’m a bit of a fangirl when it comes to things, especially fandoms and being obsessed. Also, do not mess with my fandom or I will mess you up. Hehe

So as I get obsessed very easily, I thought that every time I did, I would fangirl about it…on a Friday! Anyone who wants to join in is welcome, and if there already is something like this already floating around on the blogosphere, I’m sorry, but I promise I’m not copying anyone intentionally.

But if you do decide to partake, be sure to link back to me so I can check out the things that you’ve fangirled about!

Panic! At the Disco 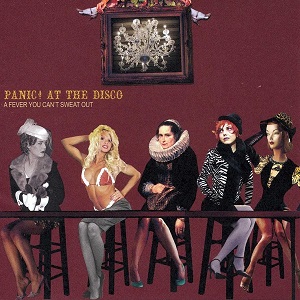 This week, or rather these few months all I’ve been listening to has been Panic at the Disco.

I don’t think I’ve ever been more obsessed with music more than I have now with Panic in my life.

I honestly don’t think there’s a song by Panic that I don’t like, (except maybe 9 in the afternoon)

I LOVE Panic at the Disco!

Don’t threaten me with a good time

Death of a Bachelor

The good, the bad and the dirty

The only difference between martyrdom and suicide is press coverage

But it’s better if you do

I Write Sins Not Tragedies

The Ballad of Mona Lisa

Mind you though, there are still songs I haven’t heard, but those are just my current favs.

Also, was anyone else like woah for the Girls/Girls/Boys video? If you watch it I don’t recommend watching it in front of anyone else because it will look weird if someone else walks in on you watching it, I’m serious.

But anyways, the P!ATD music videos are always amazing as well, like Lying is the most fun a girl can have. That was a brilliantly done music video! Even though Emperor’s New Clothes was a little creepy…

Does anyone else love Panic! as much as I do? Or more?

Let’s fangirl together in the comments!

9 thoughts on “All Things Panic! At the Disco // Fangirl Friday #2”